The Divide at ZagrebDox

t's been an exciting few months as we have continued our UK festival run - opening the very first Global Health Film Festival in London, and an official selection at Cork Film Festival. Last week we had our mainland European premiere at ZagrebDox in Croatia to a packed out and enthusiastic crowd on their biggest screen! You can see a clip of the film screening above (1 minute in) for coverage of the festival for the Croatian national broadcaster. 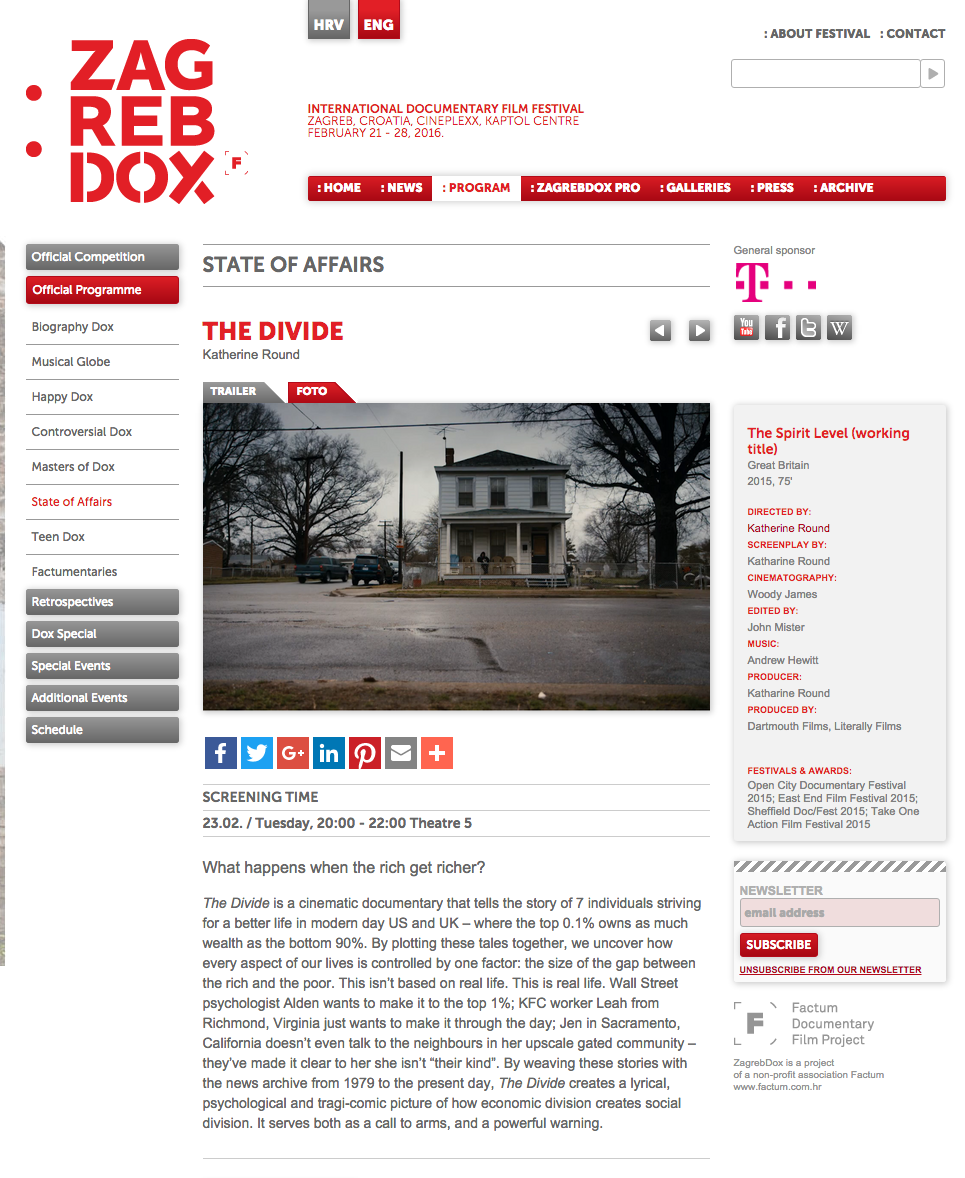